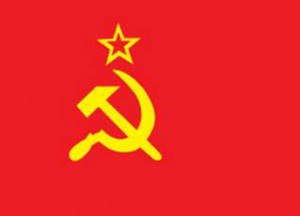 The situation of “transition” happened after the fall of the Soviet Union had left us with the question of identity and values of the Russian society. While being unfinished, the transition keeps a vast amount of symbols and meanings affiliated with the Soviets, but still acting as the part of a new forming culture.

The very existence of such “universals” brings the phenomenon of nostalgia to life. Nostalgia can be understood as an urge to return something that was lost and as a pleasant “enjoyment of time”, which is able to connect present and past.

The end of the Soviet era had assigned the new milestone of Russian history but failed to change the form and the content of culture. According to ethics, the problem is in the absence of historical context, in which the Soviet values can be properly understood.

That is why the “soviet” is currently existing as a form without content, or, more precisely as a form, whose content is now a part of the collective memory. Thus, the creation of some “common place” within the culture is the way to make the Soviet values valid again.

Nostalgic memory consists of the imagined events, which are not able to have any negative trait. The traits of nostalgia are always connected with some “absolute Good”. According to Aleida Assman, there is a three-part scheme depicting a transformation of the experience into a memory.

First, the experience becomes is shared between individuals as a part of social communication. Then, shared experience forms some commemorative practices of the group called the “symbolic mediators”. Mediators, while being ripped of the temporal and spatial context are starting to reproduce, which builds the cultural memory.

In the situation of nostalgia, all this process turns inside-out, when an individual gets a ready-made symbolic mediator, which has already been connected with the universal values, thereby bringing to the individual some certain vision of how his reality should look like.

As an example, one can name a situation in the Weimar Republic, when the “greater past” enchantment had helped the far-right ideas to rise. As a conclusion, it should be clear that the ethics of nostalgia are based, at the first place, on an appeal to a certain image of the past, which has no negative connotations, hence is very attractive to a public in a time of crisis.

Even though some people have not had the experience related to the events, depicted in nostalgia, this positive image of it lures the public, which is quite useful for the power structures in their acts of political mobilization.