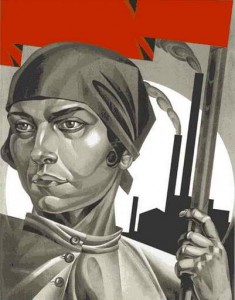 Socialism – is socio-economic ideas, the main topic of which is social justice.

Ethical socialism – is a concept, according to which the essence of socialism is not political and socio-economic relations, but moral values. The main ideas of ethical socialism were firstly defined in the late XIX-XX century, by the members of Marburg school such as – Hermann Cohen, Paul Natorp, Rudolf Stammler, Karl Forlender, Nelson and others. They attempted to substitute (or expand) the theory of scientific socialism by the principles of idealistic ethics.

Instead of scientific socialism, which is based on the analysis of all sociable phenomenon including the place of a person in the society, ethical socialism investigates economic relations and considers socialism as a result of the objective progress and revolutionary determination of social antagonisms, which runs through the whole capitalistic society. Social democrats consider the struggle for the socialism as a “moral problem”, which is solved by the help of the whole society that is by the workers and capitalists.

We can find the theoretical source of ethical sociology in Kant’s doctrine about “practical mind”, which tells about fundamental opposition of natural necessity to the autonomy of human will.

The main members of the ethical sociology are: Hermann Cohen, Paul Natorp, Eduard Bernstein, Nelson and others. The followers of the ethical sociology came to the theological comprehension of socialism, to the substitution of capitalistic social analysis by moral disapproval of its negative “sides”.Distorting Marxism, “ethical” socialists give up its concepts about naturally-historical character of social process and transformation to socialism as logical result of deployment and determination of antagonistic contradictions of capitalistic society. The members of ethical socialism confirm that Marxism leads to fatalism, underestimates human initiatives, solves the problem of personal responsibility of everyone for their destiny and destiny of the society.

Ethical socialism denies the Marxist studying about historical necessity and builds up the obstruction between the present and the future, the real and proper. Social determinism is substituted by indistinct “ethical motives”, and the concept of class struggle – by the concept of “social pedagogics”, which is called to harmonize social life on the basis of the disclosure of socialism ideals. Ethical socialists assume that moral evolution of the whole society is the only rightful way to the socialism. First of all it is treated due to the advantage of ethical values system as a moral ideal, which is attractive and at the same way inaccessible.

Marxism always supported ethical grounds of anticapitalistic move, which had political content, and because of this principles of ethical socialists were declined. When the question about entire way to socialistic idea and socialism appeared, it always found the rightpoint of view, which was elation for those who fought for socialism. But the conception of such ideal cannot be understood beyond the real historical processes. Even Lenin wrote that ideals of ethical socialism would be real only when they would express the interests of the real class of the day which act in certain way because of life conditions.