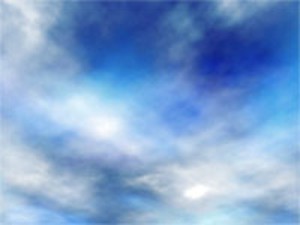 Analysis of absolutism primarily involves clarifying concepts. Absoluteness – very abstract concept, which consists in a complex relationship with other characteristics of morality, sees it ethical theory, such as objectivity, universality, unconditional, categorical. This is due to the fact that the opposition of absolutism and relativism can occur at different “levels” of ethical thought that should not be confused. Difficulties with clear wording, as the RG Apresyan, primarily due to the fact that “in understanding the phenomenon does not always take into account the absolute difference between the philosophical and ethical (or meta-ethical) and the philosophical and practical (ethical or normative) content of the concept of morality” However, in recent years, English-language and national literature in moral absolutism is understood it is legal and ethical, deontological absolutism, distinguishing it from moral absolutism as a special objectivist approach to meta-ethics.

In the most general form of moral absolutism argues that the line between good and evil and absolute constant in all possible worlds. The very limit can be set via a universal principle, but in the end it becomes a normative form of a simple ban, which does not depend on the social, natural, or other external conditions. For example, murder is a moral evil man under any circumstances, in any situation and at all times, and the recognition murder absolute evil – a necessary minimum condition for good. In contrast to absolutism and relativism argues that constant boundaries between good and evil does not exist, that the boundaries between these concepts and their dynamically changing values ??determined by the context of a particular situation.

Deontological approach traditionally closely linked to absolutism assumes that morally valuable implications not only act as the very act itself, regardless of its possible consequences and any “hypothetical” motives. In assessing performance plays a key role matching or not matching the performance, his immediate intentions, certain criteria debt. In this context often refers to the intrinsic value of the act, not directly related to its external value, which is determined by the consequences. As noted by Charles Fried, deontology rather than the concept of “good” prefers to operate with such concepts as “adequate” and “inadequate.”

These concepts delineate the boundaries of morality that does not coincide with the boundaries of the empirical world, they “are the bases of our moral person”, the conditions of our existence as sentient beings. Thus ethics as it divides the world into two areas – a proper, substrate morality, and things, Basically irrelevant morality, proper Stoic “adiafora” that is “indifferent”. Thus, the category goods for ethics and absolutism itself indifferent morals, good, like happiness, is not the supreme goal and essence of morality, but only it unnecessary sledstviem6. For consequential approach generally characterized by performance evaluation in terms of its intended result, v. E. important not so much act as the consequences to which it led, and the context of a situation in which there is a choice. In other words, consequentialism assumes that it is “goals, not as a means defining morality” and is its essence. The act corresponding debt, but which led to negative consequences, evaluated within consequentialy negative. This does not mean that consequentialism, unlike deontology, focused only this particular absolutism.

By the way, based on a similar logic counter T.Nahelya absolutism in defense against accusations of excessive concern purity of conscience. Moral absolutism: general characteristics and modern approaches to “external” value that is defined consequences; but the concept of “internal” values ??consequentialism ascribes only a certain state of affairs in the world. Therefore, T.Nahel notes, consequentialism “mostly concerned what will happen,” while “absolutism prevails but is concerned that it does.”

This does not mean consequentialism total relativism, because it at least suggests the possibility of distinguishing between good and evil. Another thing that criterion alone separation is very relative and is determined based on an analysis of the consequences that are alternatives moral choice that provides the basis for universal and anti subjectivist interpretations. Therefore, we can say that the legal and ethical confrontation between absolutism and relativism expressed in opposition consequentialism and deontological approach. The difference between absolutist version deontological approach and all other normative ethical theories, including not absolutist ethics, illustrates the question formulated RG Fry: “Are there any actions, which the commission is always wrong, regardless of the consequences?”.

A positive answer to this question defines the field of absolutism. Kai Nielsen, a famous anti-absolutist, prefers to call this concept “moral conservatism.” In his view, this “normative ethical theory, which asserts the availability of preferred morality. On the other hand, if consequentialism insists that moral choice is to be made only on the basis of the analysis of the effects, such consequentialism itself becomes a kind of absolutism. Then, you may need to talk about absolutism absolutism norms and values. Those three principles or set of principles that front record certain actions; do not in compliance with these principles is always wrong, regardless of the consequences. ”

Therefore it would be better to define absolutism as a special case or according to John. Haber, “strong version” deontological podhoda13. At the same time, not all supporters of ethics at this point agree with absolutist and clearly answer “yes” to the question RG Fry. Unlike consequentialism, not absolutist Deontological approach based on the priority of debt in relation to the consequences, “appropriate” in relation to “goods”, but, as indicated Haber, the priority may not extend to certain conditions in which the severity of effects so outweigh the need simple requirement that debt will be the subject of moral violation of this requirement, no matter how “sacred” it no thought. This mixture consequentiality ethics and some authors called “threshold ethics» (“threshold deontology”), but the obvious problem of this approach is not the ability to define a threshold after which consequential should be guided by logic. The “poor” are not absolutist version of ethics may appeal to some other, not necessarily consequential conditions.

For example, distinguishing between different meanings of moral requirements – the murder of the innocent is always an evil, but murder within the self-defense or when someone aggression is not murder and could apply even as a moral duty. Thus, not absolutist ethics still some way causing execution moral prohibitions. Proponents of the deontological but not absolutist approach is Ensk E., A. and T. Nagel Donahan. They should be added Charles Fried and Robert Nozick, with its concept of absolutes as “side constraints” original rules of the game that particularly in the case of catastrophic consequences may be affected. In other words, if the ethics comes from the priority debt, moral absolutism assumes that in assessing performance is important only debt and how exactly it matches demand unconditional and non relative how clearly respected the principle of autonomy of moral obligation, expressed in compliance with specific rules , which is attributed absolute.

Absolutism categorical appeals to an essential characteristic of moral requirements while the “weak” version deontological approach allows the view of morality as a system of hypothetical imperatives. Speaking Kantian language, in terms of absolutism subjective maxim of the act must be determined only objective form of the law. Although such an approach is not supported even by some absolutist, in general, it expresses the inner ideal of absolutism, its essential intention. But back to today’s debate. Overall, the strategy deontological approach (and “strong” and “weak” versions) is the disavowal consequential approach by means of appeal to ordinary moral intuitions and prove that utilitarians or any other supporter consequential in his desecration of moral prohibitions ready to go so far as the boundary between good and evil loses all meaning. Thus, due to the tragic events of 11 September 2001 in the modern English-speaking philosophical and legal and ethical literature widely discussed admissibility.

Discussions revolve mainly around the “case study”. Based on these discussions in 2009 in Hollywood was even filmed a movie called “Nemislime.” Mehedi GN 33 “bomb that is ticking” – it permissible to torture a terrorist to find out where he laid a bomb, otherwise a lot of people may die. Consequential argument reflects what strategy absolutist, but negative. The permanent appeal to intuition, only added to the great persistence pryzyvah follow common sense. “In extreme situations, according to critics (absolutism. – GM), we have agreed that the agent must make vile crimes (such as murder innocent), because otherwise it will lead to disastrous consequences (such as the deaths of hundreds people), “- writes Mack Konel. Admittedly, the competition for the sympathy humdrum intuition, much hypothetical catastrophic consequences compliance and diehard some sacred taboos, especially when it comes to negative consequences for family members, wins consequentialism, simply because he, like John noticed.

Valdron, simply duplicated several times the volume of the evil that lies absolutist as absolute. For example, if deemed unacceptable to torture people, you can imagine a situation in which the proposed release of a factory torture of prisoners in exchange for questioning only one person, and so on. P. Thus through their sympathy for absolutism, with its dualist ontology even “weak “version deontological approach always appeared complexity to the analysis of so-called hard cases that developed in many of its opponents and where rigid adherence to the requirements of unconditional moral obligation always led to absurdities with common sense and simple moral intuition. It is in the context of discussing the many “difficult cases” and the moral dilemmas – as thought experiments designed or real stories – and built controversy between modern and absolutist consequential, which defines its identity.