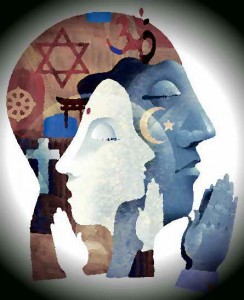 The Composition of the Soul in Relation to its First Principles: Origen and Rational Essences

Origen of Alexandria maintained novel and complex theories about cosmology and ontology at a time of emerging orthodoxy in the history of the Church. His speculative work on God as well as the nature of being and beings laid a foundation for future Christian reflection.

His work even precipitated the Arian controversy of the fourth century, with both sides of the conflict acting on two interpretations of Origen‘s theology and Christology. Often labeled a Platonist, Origen‘s work was certainly a product of its environment, but as a metaphysical system it is not strictly Middle-Platonic, but primarily Christian in nature. This paper seeks to enumerate and clarify Origen‘s theories on the soul and the ?rational natures/essences that compose the basic units of all rational existence. The metaphysical system of Origen encompasses all being grounded in the two ?first principles? of God and Logos.

The soul is an important element of the system in that its composition and relationship as creature to Creator reveals a great deal about Origen‘s fundamental ontology and his Trinitarian theology. This theology was considered controversial only fifty years after his death, and in 553 CE, elements of Origen‘s work were officially anathematized by the Second Council of Constantinople. Specifically examined elements of Origen‘s psychology include the participation of the soul in the Logos as well as the particular primacy of the will in the rational soul as radically free.
Author: Daniel Minch (MA)

Ernst Renan‘s groundbreaking study, ?Averro?s et l’averro?sme,? had a profound impact not only upon academic discourse concerning the thought and life of Averroes (1126-1198) and his impact upon the Western intellectual tradition, but also upon the political discourse surrounding the meaning and role of inquiry in religious and national identity throughout the West and the Muslim world.

Unfortunately, Renan articulated a version of Averroes that was for all intensive purposes an arch-rationalist and veiled atheist, a depiction that has arguably catalyzed several serious problems in our historiography of Averroes‘ influence upon the West and in our era‘s debates over secularism. I shall endeavor to provide a more accurate account of Averroes by demonstrating in an analytical fashion how a very robust theism, albeit one that would have been considered unorthodox by his peers due to its rigorous Aristotelianism, is at the structural core of Averroes‘ system.
Author: Christopher Schwartz (MA)

The Death of the Lover and Tranquilizing Religion: Working Towards Hope Against Hope with Gianni Vattimo

Because of the pain of his lost loved ones, Italian philosopher Gianni Vattimo confesses in his recent autobiography Not Being God that he lives his religion like a ?tranquilizer.? Vattimo‘s Christianity helps him numb the pain of lost loved ones with its ultimate hope of life-after-death. In this paper, I will be arguing that this confession is problematic as Vattimo has stated it.

Foremost, it is misleading, because it seems to suggest that Vattimo‘s Christianity conforms to the type of religiosity that he has been arguing against since his relatively recent return to Christianity: ?natural religion. One of the primary characteristics of natural religion is its tranquilizing quality. In order to help Vattimo avoid this inconsistency, I will work with Vattimo to point to a conception of hope that is not tranquilizing, which I will call a hope against hope.
Author: Dustin Zielke (MA)

Followers of the Roman Catholic tradition believe the Eucharist— blessed and consecrated bread and wine—to be the Body, Blood, Soul, and Divinity of Jesus Christ. In this expos?, I intend two goals, each presenting its own challenges. First, I will present Jean-Luc Marion‘s train of thought spanning the development of his project of the phenomenology of givenness, which culminates with the saturated phenomenon. Of the four ?types of saturated phenomena, the ?icon? is considered par excellence; however, a challenge of continuity arises between Marion‘s elaboration on the icon in God without Being—based on a theological equivocation—and his discussion of the icon in later works.

Difficult though it may be, this connection will serve as the ground of my second goal: bringing the theology of the Eucharist under phenomenological examination. In doing so, I hope to present, from Marion‘s foundation, the possibility of understanding the Eucharist as the archetypal icon of the invisible God (cf. Col. 1:15)—an understanding which he holds to be an impossibility. Hence, my aim is to allow for an iconic experience of God in the consecrated Host by presenting the Eucharist in light of the phenomenology of givenness and saturated phenomenon.
Author: Tyler J. W. Dickinson (MA)