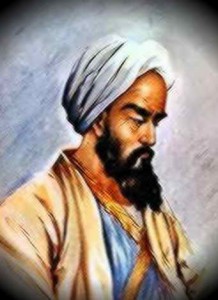 The political and ethical thought of the Eastern (Arabic-speaking) peripatetic philosophy has a rich tradition. One of the most prominent representatives of this intellectual school was the Andalusian medieval thinker, scholar and politician Ibn Bajjаh.

The socio-political component of the methodology of Ibn Bajjah was formed both under the influence of the theoretical heritage of ancient Greek philosophy and the Falsafa tradition as well as on the basis of his own experience formed by long years of service at the court of the Almoravids as a wazir.

It’s hard to say whether personal involvement in politics or a fascination with philosophy (this last refuge of the intellectual in a situation where the familiar and established world around is degrading and collapsing) was the reason why Ibn Bajjah (following the example of life and the teachings of Socrates) was extremely skeptical of term participation in public affairs.

Unlike most of philosophers (both predecessors and followers) he transferred interest from the study of the structure of the ideal state, as well as the causes and varieties of the ideal state deviations to the position of the sage in the real (imperfect and vicious) state as well as a way of overcoming this state of affairs in a non-political way.

This is almost the only example when the peripatetic (experienced in politics and state administration) allows a conclusion that at first glance does not agree with the ethical-political concept of Aristotelianism (insisting that the achievement of happiness is possible only in the state) that the path to happiness consists in seclusion and, therefore, is outside the state.

The ideal of seclusion (as the only possibility of comprehending Truth and consequently the purpose of human life) is the central motive of Ibn Bajjah’s social philosophy. Such a noble lifestyle becomes not just a certain modus of behavior in the situation when it is impossible to fulfill one’s cognitions and abilities in the civil or other public sphere but the way to realize one’s destiny that is the most appropriate for sage. This motive (in the absence of a well-organized state) becomes decisive in the entire ethical construction of Ibn Bajjah.

The sage is forced to choose a way of life that will contribute to the occupation of philosophy. It becomes the goal of his life to a decisive degree unlike the goals of the life of the majority of the uninitiated (and therefore deprived of virtue and therefore unhappy) while not being bound by moral obligations towards them or to a vicious state.

Such a secluded sage is left to spend time in the company of scientists, making contact with the rest only to meet his needs in all that is necessary. At the same time, he and the people around him are kind of “sprouts”. In the preservation and development of this “sprouts” he sees the only opportunity for the perverse states to ever evolve towards more perfect ones.