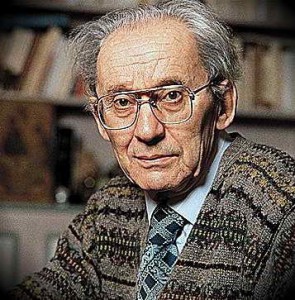 P. Ricoeur belongs to the classics of modern philosophy. His interests are universal. In a number of works the thinker touches upon the question of the conflict of cultures, the understanding of the Other, the definition of the self.

Ricoeur points out that humanity, taken as a single organism, is part of a single global civilization, which represents an enormous progress for all and the main objective here is to survive and adapt to the cultural heritage.

To varying degrees, different cultures experience tensions and conflict situations, because each national culture wants to preserve and protect its values and original heritage. Ricoeur asks a question about the characterization in this context of the global world civilization. The philosopher points out that in any case we are confronted with the universal fact of mankind.

Despite the fact that it is possible to attribute an invention to a particular nation or culture, it belongs to the whole of humanity by right. As soon as this discovery appears in some part of the world, it will be spread throughout the world. National conflicts, revolutions lead people to modernization and to globalization. It is important to note that Ricoeur points out the possibility of meeting different cultures, a meeting that would not be fatal for everyone.

Values of one person are strangers to another, but they are all alike. When we get to a foreign country, we feel, in spite of nostalgia, that we have not come out of human space, but this feeling remains blind until we elevate it to the rank of voluntary affirmation of human identity.

Ricoeur, as an example, points to Egyptologists who, when finding incomprehensible signs, assume their human origins and believe that in this way they must necessarily be translated. To consider that translation is possible to some extent is like saying that a foreigner is a person and means that communication is possible. What happens to the values of a person who understands the culture of other nations?

Understanding and resolving conflict situations, from the point of view of the French thinker, is an “adventure” in which the entire cultural heritage risks falling into syncretism. Only a living culture, true to its origin from the point of view of art, literature, philosophy, spirituality, is capable of meeting other cultures in order to give it some new meaning. Humanity needs to turn to its roots in order to become a real interlocutor in a large discussion of cultures.