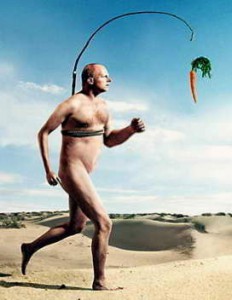 Practical philosophy had been spoken for tens of centuries before our time, beginning with Aristotle, Hegel further, founder of Classical German Philosophy – Immanuel Kant, later Max Weber. Any modern man, even those who partially familiar with the philosophy and its history is able to understand that philosophy is not subject to use and dispose of its utilitarian gain understanding. Therefore, returning to practical philosophy devoid of motivation, and nobody puts an end to speculative, metaphysical philosophy. This view absolutely has no sense.

This concept represents a Variety implementation of all human existence, so to speak all human virtues, which we have gained over many centuries. Practice always requires objectivity, so we use it every day for everyday things. In addition, we realize by morality. Therefore, morality is in art, law, economics, politics, and other fields.

If correlate morality and politics, the answer on question is not clear , because the government or system of government are not always put moral goals before doing something but more often the contrary. Therefore, it depends on many factors, such as history of state formation and social consciousness of humanity and their own beliefs heads of state. It is hard to say that morality can be a positive phenomenon.

The legal basis is foundation of the state rule of any form of government. The legal system includes a number of rights, laws must comply society, and they must comply with every conscious citizen of the state, quite as moral rules and norms. Therefore, morality and law are interrelated. As a moral and legal norms related to almost all spheres of conscious citizens. If we consider the issue from the side of law, and control of legal norms and moral norms, here we only see different aspects of control.

The law is the written document states, in accordance failure, which could lead to administrative, criminal, economic responsibility. In the case of non-compliance with these standards is appropriate services that can impose fines, or even deprive of freedom. Moral standards are exclusively spiritual heritage, in the form of human consciousness and they are not controlled, only because spirituality can affect a person. Although I think that influence on a person spiritually is better than deprive her will, or charge of fines. It educates people moral standards, we can educate a person to respect the law. That is why morality is a primary, secondary – law, which is at the conclusion of the state-machine law should be based on the moral side order.

Working on Labor Benjamin Franklin, Max Weber, I realized that the concept of “economics” and “morality” are concepts antagonists. Everyone associated with the economy or the economy of the state, or private enterprise economy, or family economy and morality plays an incredibly important role. Virtually every person would commit an immoral act in this matter.

As already known morality – is a very general concept, but this concept includes concepts such as honesty, fairness, generosity, respect for others, equality and all this should be taken into account when considering the economy. In our society since childhood these virtues are brought up, but frankly, much of society forgets them. Honestly it is difficult to survive in society, where is so many people commit immoral and eventually themselves become immoral, forgetting about these qualities .

Therefore, from the economic side, I could never began to examine the concept of morality, because this world is too cruel to be completely honest or fair, and I am more than sure that each man do anyway. And in my opinion, an honest man can be rich or well developed economically, so you need to choose one of two whether we are rich or we highly moral, and to combine these two factors virtually impossible.

For several centuries, morality and art considered identical concepts. These two concepts are aimed at the future, as they perform are similar role. With morality, we form our descendant’s public consciousness, and through art we reinforce it, so to speak transfer it in images created by artists (poets, painters, sculptors, etc.).

But one should not forget that between art and morality is a certain difference, morality – is the property of certain people or mankind in general, and art – is the inner world of people, covering, how they see the present with the help of images. If we take into account the question “What is a conservative?”, My answer is – morality, and it proved that morality is a human achievement that has accumulated during the existence of mankind, and is rarely changed. Art is a means transfer morals of that time, if we consider that such medieval art and the present, we can clearly see the difference, distinction and implementation tools, images, and some aesthetic views, and most importantly – morality. Therefore, we can only talk about what art represents the morality of today.

Therefore, the phenomenon of morality as a human being exists in all of us, the objects that we use daily, in laws, in art, and even the economy, morality is everywhere. That is why the philosophy of morality takes on new momentum and with it the practical philosophy, because it is all morality, without which it would not present so that we see it.