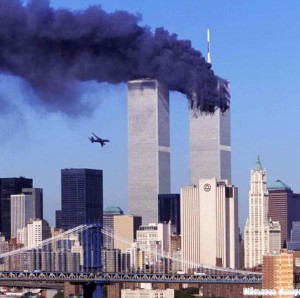 Shock, terror, disorientation, fear… These are the feelings that a person, who has witnessed or become a victim of a terrorist act, goes through. The modern world is in flames, terrorist acts happen almost every day. Some attempt to report and count them. On November the 13th, a terrorist act took place in Paris which, according to statistics, was the 300th terrorist act that happened on our planet. However, if we take into consideration that not all similar events were taken into this account, then we can say that this event obviously has another order number. Nobody knows the exact information as terrorism has become a brutal part of everyday life.

Terrorism is a global problem. It belongs to one of the most cruel and dangerous crimes and is aimed against civil order and safety. Terrorism is a strategy based on the regular use of terror. And terror is an act of brutality, the purpose of which is to scare civilians with the use of physical force, including killing. Some scholars say that this is one and the same, while some set them apart.

For certain people, terrorism becomes a profession. They do not spare anyone: neither children, nor women, nor the elderly. Psychologists say that a “good” terrorist is one, for whom it is not only a job, but also a way of life. The question arises – what drives the people who carry out terrorist acts? What is their motive? And what is their goal?

The famous theorist G. Newman stressed that the theory and practice of terrorism are separate things. Theoretically he compares people, but in practice evaluates people or groups of people, compares them to each other, and defines fear and hatred between them as the conflict factor.

The motivation behind terrorism has a complex, detailed and controversial character.

• Commercial motives. Usually they take the most important role for the terrorist, but they are not always the only motive. So terrorism for such a person is a job, a way to earn money, a person is taught a certain set of skills, he is given an advance payment, and is promised to be paid a certain sum of money upon completion of the task.

• Ideological motives. They are based on putting one’s beliefs into the teachings of a certain group, organization etc. Terror becomes not just a way to implement certain ideas, but a particular “mission” and “assignment”.

• Motive of power over people. Тhe terrorist realizes himself and his personality while submitting others to his will. Sowing fear, he widens the reach and strength of his power.

• Motive of interest and attractiveness of terrorism as an occupation. Terror as an unusual new sphere of work. People like risk, creating plans, details, related to carrying out this line of work; and with time terrorism can become a fetish, when the person develops a passion towards cruelty, blood, mayhem, the embodiment of fear and even death.

• Friendly motive of emotional attachment. Revenge for close ones, friends etc. The occupation of terrorism, because “one’s own” used to do it too. This group of motives is based on emotional factors and does not have a rational motivation.

• Motive of self-realization. A person could not realize his potential in other occupations and could not find any other ways to influence the world.

• Motive of desire for one’s own death. It rarely appears, and if it does – it is usually related to certain psychological abnormalities.

• Some scientists define a separate neurotic-psychopathological motive type, which is not yet scientifically explained enough as any disorders in the psychological sphere are not behavior motives. But they can greatly affect the behavior.

Regardless of the goals, set by the terrorist – whether economic, political, psychological, and religious – he always strives for power. Additionally, the motives may change. If at first the main prize may be money, later the person may begin to derive pleasure from the process of brutality, killing, and attainment of power. In any case, only the terrorist knows what (or who) he carries out his actions for.

The results of terrorism are devastating: countless victims, corruption of spiritual, cultural and material values, war, hatred, anger. Additionally, people who personally experience or live through such actions are subject to psychological trauma. They can have post-traumatic stress disorders: constant pressure, insomnia, nightmares in which they repeatedly re-live the horrendous tragedy.

As a result, health worsens, problems appear in the family, in studies, at work, etc. People can tend to bad habits, aggression, anxiety and hatred. He experiences increased panic in any situation, where there is the absence or overload of information, fear of death and forms the highest form of fear – terror. In people who were victims of a terrorist act, terror results in the person re-living the situation, and witnesses of the act experience terror when there is not enough information.

We discuss the problem of terrorism today so that we can understand how frightening, cruel, and dangerous it is, and what results it can bring. We talk about terrorism today to raise awareness and a feeling of responsibility for the lives of themselves and others because life is the most valuable thing that we have and nobody has the right to destroy it or take it.

Therefore, terrorism is a modern global problem. It results in many traumatized persons, and countless deaths. Every terrorist has a certain goal which he tries to achieve in the cruelest form. Nobody is insured from terrorist acts but everybody can prevent themselves from bringing about this tragedy.