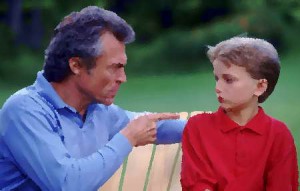 All offences are different, one can be forgotten with time and the other can stuck deep in our heart for the whole life. Way offence always brings many negative emotions such as hatred, vengeance, hostility, malice disappointment and it’s not even the end of the list. The offence doesn’t disappear but otherwise it grows inside the person. Should we no wish it inside ourselves?

So what is offence? Offence – is one hind of moral (mental) pain, along with guilt, shame, comparison, sadness fear and soon. When does the offence starts forming? A lot of people must have noticed that very often the baby after hitting the chair kicks it. He is offended, the chair isn’t in the right place so it is guilty. But whether the chair is guilty or not it is better to manipulate his mother using her feeling of guilt. The child understands that being offended he will get the things he wants without great efforts, so every next time he will practice his skills on his relative.

The researchers think that the child’s offence differs greatly from the offence of an adult. It is based on concentration on his own personality. Not having enough experience the baby will spread his desires on everything around him. Children think that their parents must pay attention only to them as well as they must fulfill their desires. If it is not done the child sees it as the greatest unfairness and the biggest offence. It is also proved that children acquaint themselves with the feeling of offence and try to us it, but is be rarely displayed. More often children lear to be offended on their relatives. From two to live children are better with maintaining the offence, they take it from adults.

Children start using the offence, they always know whom and what they are offended by. They understand that the offence works as it is reacted to. Little children don’t usually take offence without any reason. Is the offence the emotion we are born with? In any case children learn it rather actively. For children it is a natural mean for pressure on their relatives. Growing up people start to understand that offence is not a way out and learn to live without it. However, not everyone grows up and not everyone reacts properly.

Offence – it is not an in born emotion but a result of social learning. The babies have a simple inborn state of aggression but they have to learn the complex behaviour of offence. Children learn to take offence in the environment where they are expected to do it. For example, in the family circle where parents interpret the emotions and behaviour of the child wrongly everything will be taken as an offence. Our psychologists defined that the reasons for children’s offences are: the reproofs of adults, the rising of the voice, when it is forbidden to do what they want or when they are teased. The offence is also shown in the case of strengthening of his «I», when the child isn’t noticed. Such situations are caused by: ignoring or lack of attention, refuse to give the desired, disrespectful attitude from others.

Since juvenile age the felling of offence is fixed as involuntary reaction. The felling of offence doesn’t appear spontaneously, it is taught by the society just like reading or writing. How can we get rid of offences when new ones appear with every other day? If you don’t want to teach your child to manipulate through the offence, you should judge his work realistically and you shouldn’t pay off with sweets or even ignore his achievements. It is important not to over praise the child, he understands the fairness of the praise and he can take offence as well as in the situation when his efforts were underestimated.

The offence of an adult isn’t very different from the child’s one. More often the offence is taken by women, maybe it is because they are more inclined to feelings. Men aren’t offended but sad (as some scientists say). But adult men can also take offence as little girls. In such moments they turn into little girls (not noticing it) and wait for excuses and justice. And the god forbid the excuse to be less than the little girls inside the adult man demands. You can offend on purpose or accidently, a little bit or very hard. It is easier to take offence from your relatives then from strangers very often. The adults try to hide their offence considering it as a weakness.

They simply learned to hide the offence under the mask, for example, under a smile. There can be loads of such masks and all of them are for hiding the offence. The offended person has lots of unpleasant feelings and is sure that he is the victim. The offended person is usually mentally stuck in the circumstances and is continually thinking over the moment he was offended. The offence causes the los of balance, the feeling of malice, disappointment, anger and can lead to a conflict. In any case the feeling of offence disturbs the offended. Offence also is a state of a passive victim of circumstances who can’t cope with the situation but can nourish it waiting for the whole world to drop by his legs. The cause of many offences is our unrealistic waiting’s which aren’t done.

In the end the sensitive person has to take offence passively and wait for his desire to be done for itself, and the offended person is too small for is and not ready for in depended actions. Offence – is a manipulation. We all just like little children, want love and attention. But children are more cunning than we are, to get desired the children can take offence on purpose, the adults just believe in the offence. The child can stop his manipulation any time but the adult can’t do this because he is used to act automatically. Offence – is a negative emotion which can be accompanied by bad mood as well as weakness and physical discomfort.

People often meet offences and they usually don’t notice when someone is offended and even rarer when they offend themselves. The adults don’t take offences seriously, you can talk to the person and solve all the problems peacefully. But one shouldn’t refuse from offences as the language of offence is known by everyone and in some cases the feeling of offence can be rather effective.

To sum up, I can say that however pretty the offence seems it is more important to learn to think that it is not wise to take offence in general. There are much more pleasant feelings in our life, so it is better to feel them than to suffer from offence deep inside.