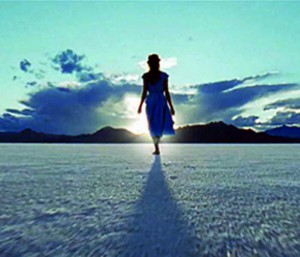 Eudemonism is a direction that recognizes its continual desire to achieve happiness of foundation of human behavior. So other words we are all living on this Earth to be happy. Because we have only one life and it`s so painful to live it in misery, grief. Every person have wishes, goals, dreams, reaching that she enjoys her life.

Different models of behavior of different peoples flow from these purposes. Variants are absolutely different. In what way some famous philosophers are connected with Eudemonism. Particularly, no wonder that Phoma Aqinski, a famous Italian theologian, systematizes of classical scholasticism, teacher of the church, saw the happiness in the knowledge of God and the possibility of notice it in his life.

I don`t know what he meant, but I remember Sartre`s phrase – that every person has an empty place in his soul, which has a size of God, and every person fills it up with what he want. If Phoma Aqinski did not meant God in its classic sense, but wanted to convey to us the truth about filling up our soul for happy so this position is very acceptable for me. For Socrates opinion the peoples happiness depends on it`s decency, so that the morality build all the bridges, which lead people to the happiness. And the general task of ethics is to help the person to be decency, he thought. Socrates ethics is a rational, it requires certain actions to achieve the goal.

Democritus – it`s a Greek scientist, vivid supporter of Eudemonism, he outlined his ideas in the creation of “Small diakosmos”. He thought that naturalism and rationalism are inherent to ethics. He thought that the wisdom is a general criteria of a morally person. He permits a choice of person`s behavior because only the person take responsible for his actions which must correlated with the laws.

Wisdom is a general thing which divides good acts from bad, evil. The shame it`s a feeling which have place only in human relates. And the general place in Democritus learning belongs to Eudemonism. He interprets it as a calm, joyful state of mind arising from the moral health, without fears and stereotypes, with freedom because only free people can achieve happiness. So we see that postulates of this trend take place in social relations.

Eudemonism of Epicurus school. Epicurus was born in the 4th century BC, he studied philosophy in Asia Minor as a follower of Democritus named Navzyfan. Then he founded in 307 BC by the school in Athens there were the inscription on the gate: “Guest, here you will be fine, because we have highest good is enjoyment.” There were a pitcher of water and a piece of bread before the door. Epicurus was getting a physical enjoyment from nutrition of bread and water and he did not care for expensive enjoyment because of expensive make people capricious, perverse and then it ceases to see happiness in small.

Epicurus – the materialist. In his theory, there is the truth of the atomistic theory of Democritus. His philosophy consists of three parts: a canon, the physicist and ethics. Epicurus considered too that the happiness is a pleasure. The pleasure is an absence of sufferings. In Epicurus’s doctrine the pleasure exists in present, now and last. The pleasure for the person has value in itself.

The scientist considered that the happiness is not pleasure for those who eats much or has stormy sexual life. The pleasure is a freedom of life from physical pain and spiritual experiences. Epicurus conditionally divided all types of pleasures into three groups. In the first group it brought pleasures which are caused by natural and necessary requirements. They are easily to reach therefore almost don’t bring sufferings.

The second group is pleasures which bring us the fulfilled dream. They’re different for each of us. The pursuit of them becomes a habit, the person is dependent on the outside world, the absence of such pleasures in real life is perceived as suffering. We need to limit these desires. Then we will enjoy that we have.

Also sufferings are caused by fears. Epicurus considered that pleasures for a belly are closest to the person. The condition for happiness is an accurate differentiation of sources of any desires of the person. Your life will be sweeter if you think that you are a righteous person, and soberly estimate the aspirations.

Conclusion: the eudemonism has evolved, as the direction of ethics. Each scientist saw eudemonism foundations in own way, and added something new by means of the position. It turns out that the eudemonism is a basis of ethics which says that any morals submit to the desire of the person to be happy with his life. And all other definitions will depend on one truth – the behavior of the person is guided by a desire to be happy.

1 thought on “Morality and social norms of behavior”