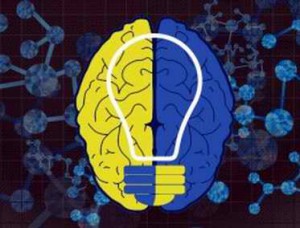 Abstract. The issue is devoted to the topical problems in the formation of processes in science and education. It is very important for each state to do all possible for its development and do some trials to make this world better for our existence and evolution. Here are shown good ranges of ambushes for right development of science and education among Ukraine.

Attention paid to the negative aspects in the study and science and strategies of it. They are described in the national level and examples are given. The relevance of this issue is to highlight reasons of destruction and main difficulties in science and education not only for scientists, but also for students.

Historical potential of Ukraine described shortly with the main points of it. It is important to talk about existing problems and not to be silent.

Introduction. The way of the formation of Ukrainian education and science wasn`t so easy like of some countries. It has its own historical and cultural peculiarities. The process is continuous with deep investigations and significant important steps. But unfortunately we also have a range of problems, which should be solved to bring a harmony for the further development not only our state, but the whole World.

The main part of the article. Education and science are a strong armament in our time, because it has necessary range of knowledge how to deal with different deceases, how to avoid and solve them as soon as possible with maximizing of positive effect and minimizing difficulties. Let`s pay attention to 1990s when lyceums, collages, gymnasiums and specification schools which started to appear in USSR at that time.

The prominent role must be given to international schools, private schools. Besides between higher educational establishments dominantly were universities and academies. The middle education was from 9 to 12 years of study in XX century. People are going to continue their study at higher educational establishment to get a job. It should be mentioned, that Europe had different amount of years for education in each country, what inspired Ukraine on some radical steps.

Educational system tries to be oriented on peculiarities of Ukrainians and trends of study all over the world. But there are some difficulties which supposed to be solved. Between them are the following: Low English level: this fact all the time impresses each foreigner. We study English language from he 1st form at school till the end of University. So, we have at least 15 years to teach how understand and speak right.

For example, in Morocco people have approximately 9 years to study foreign language, but they have the 1st place among their region. Besides, the content of our scientific and educational programs doesn`t meet requirements of international standards and paces of peoples development level.

To solve this problem, we need create a concept of continuous education and understand its importance. Priorities should be paid on the development of a human. It will help to solve problems more effectively, increase cultural level and importance to ac creatively through personal feelings. In our time education is not available for everyone. It could be a good step to create massives of data for distantional study in all available resources for Ukrainians (Youtube courses, Facebook ets.).

Lack of equipment for education and science – there must be the necessary amount of money for buying right quantity of equipment without cost reductions. The system must be oriented not in amount of hours processed, but at scientific researches (40 % from all) and administrative responsibilities (10 %) from the time of both lecturers and students. The rest of the time will be devoted to the educational part (only 40 %, not 90 %).

There must be a differentiation of scientific degrees at the duration of courses of study. Trade unions, associations, public debates are not speeded among Ukraine as among the Europe and US. People have no scientific gathering, which has to be only by their wish, but not for the creation of the atmosphere of false only for everyone to see that and to represent a caring country.

For example, if we are talking about English language classes in Ukraine, there are some terms and information which can`t be used today because of its incorrectness and the fact that it got rid of itself.

In many Ukrainian state educational entities IT courses are still studied according to the program which is not up-to-date, undeveloped and on a pretty low level. Courses consist of old program languages, which are not in use now; their performance incomparable to developed ones. Lack of IT equipment for such courses plays significant role, because how can we talk about quality education even if computers study classes suffer from equipment deficit.

If we compare with foreign IT classes (MIT) – where study program is always developing, new techniques are implementing, and courses are held by professors which are among origin developers of the most popular and strong program languages, the difference is obvious. If we are talking about Ukrainian science, it goes to XVI-XVII centuries and starts from creation and further development of Kyivo- Mohyla Academy and Lviv State University.

There were humanitarian sciences mainly. The situation started to change from XVIII century when Ukraine got its scientific centers with foreign specialists at Kiev, Kharkiv and Odesa. The greatest impact on the development of Ukrainian science and education caused by The National Academy of Sciences of Ukraine (NASU), which started its activity from 1918. If we are talking about Ukrainian science at times of independence, we can say that there is a decline in it. Ivan Vakarchuk said, that our state has lots of new higher educational establishments (more than 900), but their results are not sufficient.

So, let`s consider significant problems of science, which slow down development scale. They are:
– Lack of financial investments.
– People are not interested in scientific researches in Ukraine. As the rule, they are going abroad to the states with possibilities and with a wish to give opportunity for young enthusiasts to discover.
– Lack of evaluation system for scientific activities.
– Distortion of statistics on different fields of activity by the Government.
– Lecturers have no time for specific researches because of a big amount of workload. The number of students per teacher, taking into account the daytime, evening and part-time forms of education, in 2015 was about 11 people, while the average for the European countries in 2013 was 15.4.
– Corruption. 97 % of students have a deal with corruption or know someone who faced it.
– Reconsideration of educational system from the side of students and educational staff. Lectures are supposed to be useful and life-implemented. In the other way, it becomes the waste of time and creation of self-deception within the state.

Students in Ukraine spend more time on lectures instead of self-education, which is not only interesting for them but also important to build a strong and smart personality for state development at all.
– Reduction of the amount of qualified academics because of all the above mentioned reasons. There was a range of decrees, which reduce an educational quality among Ukraine and abilities for the rapid development and investigation. Despite all of this, Ukraine is enough strong state with a large potential.

The problem lies deeply. It`s not in our citizens. Ukrainians are famous scientists abroad not in the national range. There are Ihor Sikorskiy (aircraft engineer in USA), Ruslana Radchuk (geneticist of cultivated plants in Germany), Serhiy Sylantiev (Candidate of Biological Sciences in London), Ihor Bohachevskiy (Aeronautics and Astronautics in USA) ets.

Conclusions. Well, we see that there are problems, which must be solved on a state level mostly. Our state authorities need to change the attitude to people and give them a chance to develop themselves to satisfy general state needs. Only after that we can create something authentic not for our usage only, but for worldwide aims.

Here we see, that competent persons have no chances for their talent development in Ukraine, so they just searching for a good opportunity abroad. Education needs new wise reforms and important confident steps with a strong aim to bring the quality to the new level and give an opportunity to the true perfection.