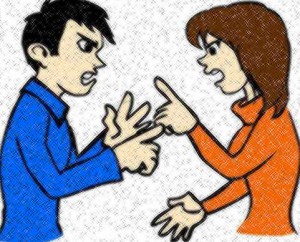 This report reveals the interrelation of moral and social factors that contribute to a decrease in the degree of value polarization and an increase in the degree of value consolidation in the process of transition of industrial countries to the postindustrial stage of development. The main hypothesis of the study is the assumption that the polarization of opposing value orientations predominates in the modernizing societies, due to the predominance of social cleavage in the system of interaction of different groups of the population.

In modernized societies, the consolidation of opposing value orientations predominates, due to the prevalence of social harmony in the system of different population groups’ interaction. As an empirical basis of the report, the materials of the sixth wave (2010-2014) of the World Values Survey (WVS) are used. Analysis of the WVS data made it possible to establish that the population of stable countries to a lesser extent than the population of the transforming countries is guided by the choice of extreme positions in assessing the nature of their interaction with surrounding people and priority life goals.

At the same time, it is more focused on the choice of intermediate positions on the listed indicators. The degree of orientation of the population of stable countries on the choice of extreme or intermediate positions on these indicators depends on the level and nature of modernization in these countries. The higher this level, the lower the proportion of people who adhere to extreme positions and the higher the proportion of people who hold middle positions in assessing the nature of their interaction with surrounding people and in selecting priority life goals.

The transition of countries from the industrial stage to the postindustrial stage is accompanied by a decrease in the degree of conflict in the structure of moral attitudes, as well as a decrease in the degree of polarization of the population’s value orientations. The social basis for the transition from value-based polarization to value consolidation is the increase in the proportion of segments of the population occupying middle positions in the system of social stratification and treating opposing value orientations as equivalent conditions for their existence.

1 thought on “The moral attitudes influence to conflict human values”