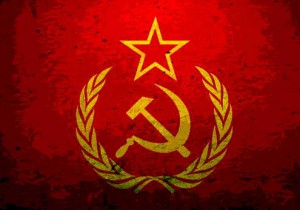 In modern society, the time when humanity begins to rule technique, the essence of the moral factor in life is beginning to fade and almost disappear altogether. However, the importance of the relationship between people becomes the power of public opinion. The relationship and mutual respect between people carried out in certain social situations, social and public life, collective and family relations. And they certainly are regulated by different rules, principles and traditions.

The term “morality” we have received from Latin. Concept of morals, defined as moral. That if moral and morality are the same concept. Characteristically, next to these terms and It is “ethics”, which translates as character because ethics is a category of science of morality, and specifically, the system of rules of moral behavior in society. Total principles and rules governing the state and behavior among themselves and throughout society as a whole, are subject to the power of social, political and public opinion finds itself in morality.

Morality is the part of the standard forms of social consciousness, going hand in hand with a politics, scientific activities, philosophies and religious meaning.

But do not forget that everything we have or what we don’t have – is the result of our past. And because of my work, I want to pay attention to the ethical and moral aspects of the period of communism.

In the system of formation, establishment and development of communism, also reincarnated spiritual and cultural life of society is changing person inside, forming its communist vision of the world as a whole. Formation, and development of a new vision of the contemporary world view, new norms of behavior and morality was reflected in the struggle against bourgeois ideology in previous society.

All the main principles of morality communist period were formed in the moral code of the creator and builder of communism in the Soviet Union (CPSU Program). This Code fixed moral rules inherent to man-artist and creator of the communist period.

The major requirements in the Code of Ethics of the Communist display such as commitment to contemporary social order, patriotism, fruitful and productive work, which will benefit the communist society, the understanding and execution of public duty, intolerance and punishment of violations of contemporary public and social rules and norms behavior. In interpersonal relationships Code oriented society on teamwork, close relations, mutual respect and relations between other nations – friendship, brotherhood, negative attitude to ethnic and racial hostility and struggle, international solidarity workers of different nations. Also this code is outlining moral and ethical traits builder of communist society: honesty, loyalty, and mutual respect.

Moral Code of Communism in his general and centralized form contains of ethical and moral principles that have developed and implemented historically progressive social and social forces, the Communist Party of the working class in the revolutionary war and socialist growth. The main thing is that the most important and basic categories of moral principles reflected in generosity, humanity, justice communist nation and society.

To mature moral perfection, the communist nation in any case should not be limited only knowledge, assimilation and implementation set out in a code of ethics and moral codes. This principle should be for people’s own habits, the meaning of life, beliefs, meaning the inner world of human, his nature and, of course, of conscience.

We need systematic work on self, self-criticism in the evaluation of their behavior (moral or immoral), perception and following positive example. It was decided that if human behavior in everyday activities at work and in the collective prevents movement of society forward, if a person is old “rusty” forces, it makes immoral contempt to the whole society, and this is NON-ethical behavior is subject to a strict condemnation.

The whole society and each individual must wonder about his personal behavior, his attitude to the people who surround him\her, to society in general. This principle in relation between people was well expressed in the following words, quote: “Each for all and all for one”, “Man to man – friend, comrade and brother.” These lines laid true example of humanism and respect for the man and his personality, honor and dignity!

Live and work in the system and principles of the communist order – the slogan of then Soviet people. This ethical and moral ideal embodied the most progressive trend of a flourishing society.

However, excluding the highest manifestation of the affirmation of humanism in ethics communist period, even in theory, the moral sowed social and national fragmentation, caused an attempt to subordinate consciousness, ethical practice real class political will of the people, which was a direct oath for the free will of the individual .

Generally, the historical practice showed that the ethical aspects of communism were not very successful design, because of some ideological scheme, which had a sort of moral and ethical consciousness of man and the moral norms and rules for people on a practical level to political interests, and political and civil nomenclature . Keeping this design could only fear for a number of repression and attempts to assert its political power in public and social life of the population inflicted irreparable negative to many people.

In general, highlighting the idea of communism as a dream of a socially just society it seems us rather attractive. However, the transformation of this dream on ideological and theoretical basis of sound social experiments always had a global spikes in violence and evil in the final. And as you know, society is forced happy to do.

And even in our present, we should think about the fact the we should fix some bugs still previous time and develop the ethical quality in the modern world by creating their own moral and ethical code of a nowadays people.