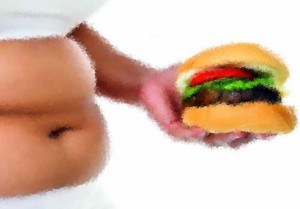 Recent health news about dietary practices and food equate ‘healthy’ with ‘natural’ and ‘technologymediated’ with ‘risk’: such narrative connections are made particularly often in the ongoing controversy over Genetically Modified Organism (GMO) and foods considered as “organic.”

However, another type of media discourse on food is also observed, which can be called as media coverage of natural foods ‘visualized’ by bio-technoscience. Such health news articles typically introduce biomedical scientists’ arguments that experts have found the compound which makes certain natural food (e.g, broccoli, pomegranate or breast milk) healthy; and subsequently constructs the base on which lay consumers share the bio-technoscientific vision when choosing natural foods for their health.

As visualizing bio-technoscience penetrates into consumers’ choice of natural foods through media texts and images, the boundaries between natural/artificial, lay/expert, (technoscientific) knowledgeproduction/consumption are re-constructed. Such construction is discursive, yet not purely ideological.

Media coverage of a healthy component found in the food science lab not only claims an ‘objective’ status of scientific knowledge; but also works to make it connected to consumers’ desires and practices within capitalism. This productive character of natural-bioscientific network is related to Michel Foucualt’s notion of regime, Nikolas Rose’s somatic individualities and the emerging bio-technoscientific entrepreneurial network in the Asian knowledge-economy discussed by Aihwa Ong.

East Asia is mentioned as the place where the scientific-natural-healthy food market is most active by articles written from marketing viewpoint. To provide more sociologically-oriented analyses on scientificnatural-healthy foods developed in East Asia, I analyze “Germinated Brown Rice (Bal-ah Hyeon-mi in Korean, below GBR),” which became popular in Korea since around 2000.

Brown rice has been traditionally consumed in East Asia. A new finding about brown rice in 1990s is that “germinating” brown rice increases Gamma Aminobutyric Acid (GABA), one of major neurotransmitters in human brains. The process of germination is simple. Yet the practices to visualize GABA in brown rice after germination and GABA’s action in human bodies are highly technology-mediated. Based on the method of textual analysis, I examine Korean news, ads, professional research articles by food scientists and biomedical scientists, consumers’ blog articles written on GBR and their inter-connection.

The analytic focus is on exploring the performative practices and narratives which construct a particular hybrid of ‘nature’ and ‘science’ in GBR. This paper makes two contributions to the current discussion over the new relation of nature, culture, identities and biotechnoscience. First, I thematise how the course of nature-culture reconstruction goes through the transformation of nonhumans (food, technoscience, nature) as well as of human conducts and reflections; second, I show how the female rice consumers’ identities as meal preparers becomes enculturized by a new kind of rice, technoscience, media, online communities and the reconstructed natureculture-technoscience.

By demonstrating the practical and semiotic work interactively done by and on humans and nonhumans to constitute GBR as a natural-scientific-healthy food, I conclude that the whole ‘package’ of nature-science-health-market-domesticity in Korea is not a finished project but a naturalizing narrative which conceals its still-existing heterogeneity.