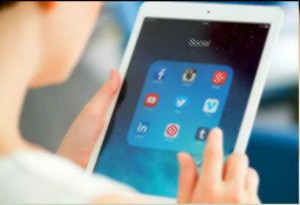 Digital media have significantly affected perception and identity of an individual. Evidently, rising predominance of online representation over real has its effects not only on individual’s life, but also on its afterlife appearance. I aim to study convoluted relations between an individual and its appearances in real and virtual spaces.

In early 1980s J. Baudrillard declared the era of simulacra, where specularity between reality and its representation was no longer valid: “the image is interesting not only in its role as reflection, mirror, representation, or counterpart to, the real, but also when it begins to contaminate reality and to model it, when it only conforms to reality the better to distort it, or better still: when it appropriates reality for its own ends, when it anticipates it to the point that the real no longer has time to be produced as such” (Baudrillard, 1987).

Expressed in late previous century, this thesis acquires a special significance with advent of Web 2.0, in which web user is no longer a passive consumer of content, but an active member of its creation and dissemination. The image of an individual on the internet becomes primary, anticipating and modeling its behavior in reality.

And if until recent times an individual’s image in social media, with all its discrepancies, still had a bind with the personality in the real world, today media reality doesn’t even require presence of the “original”: in early 2016 Luka company has announced launching of the bot, capable of texting messages on behalf of a dead person, constructing its behavior and language based on the person’s past posts and messages in social media.

The acclaimed mission of the project is to help people who have lost their loved ones to overcome the loss. Compensation of presence of loved ones is nothing new – for centuries people have been “communicating” with the dead by means of spirits, dreams, rituals, etc.

The only distinction of the new technology is the obvious fact that the image of the deceased is reduced to his intravital representation in social networks, leaving behind the way he was, appeared and wished to appear in reality. Ironically, that very scenario was already played months before Luka launch, in one of the episodes of “Black Mirror”, Netflix anti-utopian TV-show.

If one accepts McLuhan’s thesis that media is the message, then images of the dead are formed by mediums of their communication with the living. Hence, the “signs” sent to us from the “other world” are most often expressed through natural phenomena; the dead attending spiritualist s?ances are limited to written communication; the departed appearing in dreams have to follow unconscious logics of a sleeping person, and so on.

While death in social media is a logical completion of the individual’s life there, for those, who are still alive, it is a way to overcome pain of loss through v mediation. Passive representation of the dead arose almost simultaneously with Web 2.0: from the very first years of Livejoumal there were memorial pages emerging after deaths of their owners, fulfilling the roles of online tombs to the dead’s internet representations.

In his studies on interpassivity S. Zizek cites the example of professional funeral mourners in traditional cultures, who perform functions of the other, helping alleviate pain of relatives through mediation.

In 1967 G.Debord wrote: “Everything that was directly lived has receded into a representation”. But if in Debord’s times media was conceived only as means of representation of reality, today media reality represents itself while the real no longer, has time to be produced, as Baudrillard has remarked.

Today, the bot of a deceased is not a copy of the deceased – it is the copy of his representation in media reality. Senders and receivers of Facebook messages, whether live or dead, belong to the, same reality, in Baudrillard’s terms, hyperreality and simulation, where “it is no longer a question of a false representation of reality but of concealing the fact that the real is no longer real, and thus of saving the reality principle” (Baudrillard, 1987).